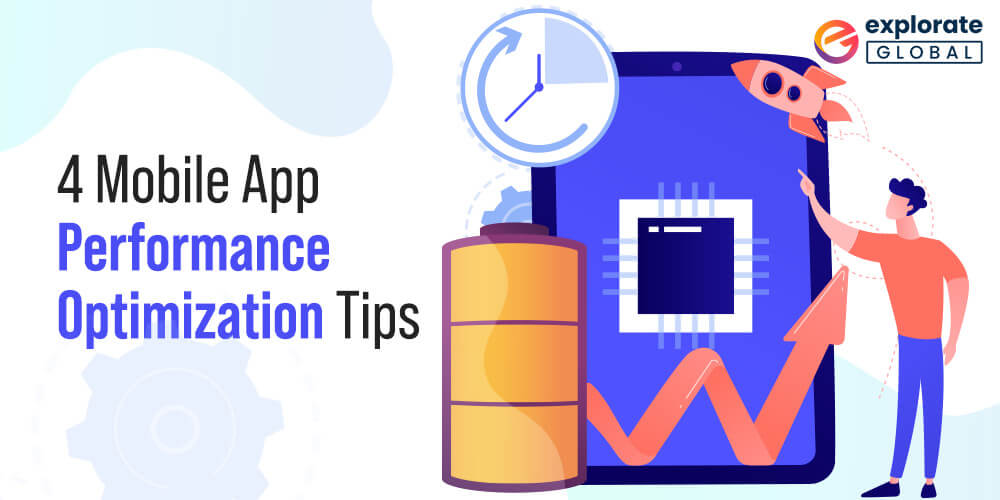 With the advent of this article, the first question we need to ask is “Why is mobile app optimization important?”

Mobile App optimization is a big concern today as there are more than 3 billion smartphone users in the world. For every task, every field, every industry, every stratum, every business, there is an app available. We are all dependent on these apps for carrying out day-to-day activities to earn livelihoods to running business empires.

The image size is directly proportional to the speed of the app. Larger the image size, slower will be the app loading. But there are a few techniques used by top app developers to reduce load time and increase mobile app optimization.

2. Cut down the features that are dispensable for application performance

There are always certain elements and features in any app that are dispensable in nature. They might make the app look prettier but otherwise they burden app performance optimization. Such functions take up the performance speed and time and adversely affect the functionality of its several other features that are essential for an app to work. Such superfluous features need to be removed since they put unnecessary weight on application performance, responsiveness, and speed.

3. Reuse data templates for speedier loading of the app

The less data templates you have to load, the faster is your application performance. So, instead of loading several data templates, an app should be able to reuse the data templates that it already possesses. Be resourceful! It makes the app load quicker.

4. Create an offline mode in event a network connection drop is experienced

In case an unexpected drop in network connection is experienced while using the app, then it leads to:

To combat such situations, top app developers ensure the app has an offline mode as well. Offline mode creates a buffer for your information to be saved in case any network connection drop is experienced. Users can save their data and return to it later once the user is reconnected. Thus the app can be retrieved from exactly that point where it was left off.

Android app development is now engaged in developing an android app performance optimization version of every app for the new version of android you just upgraded to.

How to improve app performance in android?

What can be done for iOS app performance optimization?

We, at Explorate Global, are leading IT products, services and solutions company for mobile app development in Houston, USA. We have been operating since 2015 with the motto to produce apps and garner services and solutions with efficiency, productivity and longevity in mind. We understand the users and business demands and hence try to build apps with high mobile optimization, thus ensuring that our apps have higher and better overall performance, higher customer satisfaction, greater responsiveness, longer life, and better speed.