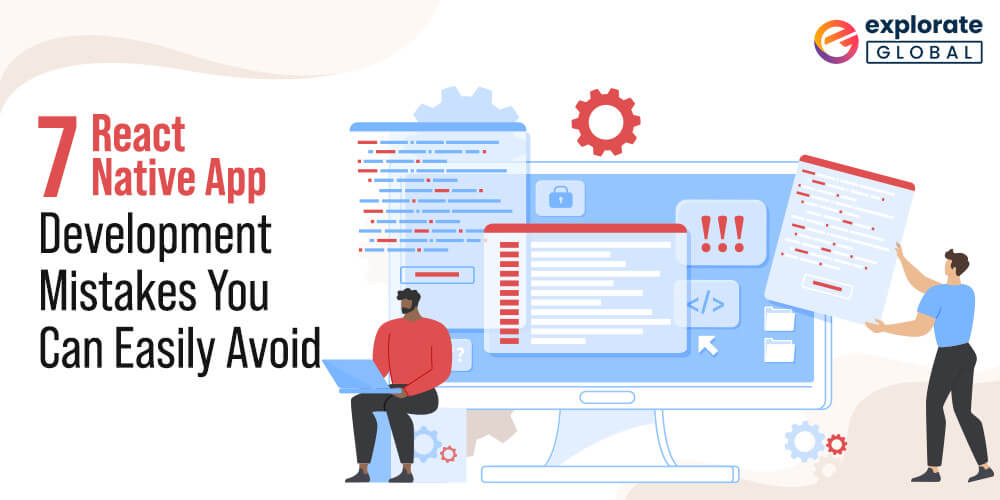 In today’s ultra-tech, super-modernized and wild-paced world, the need for technologizing businesses is becoming a need as basic as oxygen for human survival. No business, firm, enterprise and organization can survive or succeed without a mobile/web/desktop application. A business can survive without a concrete office, but its chance of survival is slim to none without an online presence.

What is React Native Framework?

React Native is an open-source mobile application framework that enables the web developers to create complex and comprehensive mobile applications using their existing JavaScript knowledge. React Native was developed by Facebook and released on march 26, 2015. The cross-platform framework can be used by React Native app developers to develop applications for Android, Android TV, iOS, MacOS, TvOS, web, Windows and UWP. It’s written in JavaScript, Java, C++, Objective-C and Python, to name a few and hence is efficient enough to work on most platforms of web app development.

Some of the most popular apps today are developed using React Native app development. To name a few:

We are not saying that the React Native framework is the ultimate end game for everybody, every business and certainly not for all mobile applications since like any other framework, React Native development also comes with its own set of pros and cons.

Let’s take a look at React Native pros and cons which have been discussed briefly here:

With the added functionality of cross platform App development, the mobile app developers can build code base once and then run it on any platform. A cross platform application will run on any platform ranging from android, iOS, Windows, MacOS, Linux etc. This kind of functionality is a boon for app and software developers since it not only saves time and costs by half, but also puts a stop on unnecessary and redundant efforts required to build an app.

React Native supports both live and hot reloading, even though the two concepts are at odds. Live reloading can compile and read any changes made by the coder and furnishes a new file to the simulator, which reads the app from the start automatically. While hot reloading ensures that the wait time is reduced radically, as the React Native developers can instantly see the effects of his changes in the code even if he has two or more React Native Windows open for the code.

Cost is reduced substantially due to the benefit of code reusability features offered by React Native. Since the same code can be used for both Android and iOS app development, a smaller team of code developers is required and moreover reduces the time taken for project completion.

React Native renders data simplification via data binding in a manner that secures the parent data in such a way that it doesn’t get affected by the child component. This in turns makes the apps secure, robust, and dependable.

React Native offers libraries and ready-made solutions that are available for free, for any developer to use as they may wish to.

React Native is still in its beta phase. Hence developers might have to face issues with package compatibility or debugging tools.

2. Lack of Some Custom Modules

React Native app development still lacks some components and some are still under-developed. You might come across certain modules which will be ill-documented or unavailable or not working properly.

Moving on to the next segment of our discussion, we have described 7 React Native app development mistakes that occur frequently and universally.

Redux is a predictable state container for JavaScript. To speak simply, Redux is a tool used in native/React Native applications to manage the application status. Redux helps developers write applications that behave consistently, run in different environments (client, server and native) and are easy to test. Redux is a powerful tool in storing the data correctly and managing & debugging the app states.

Most of the developers obsess over planning the app layout rather than focusing on the most important aspect which is data handling. For React Native app development, Redux is the tool handling data. When planned right with proper precision, Redux can be a powerful tool for managing app data and ensuring the smooth functioning of the app. If Redux is not used with proper planning, then developers might have to face many issues.

Although, over time, Redux has changed a lot but when it comes down to understanding and working with it, the fundamental building blocks of Redux are the same, i.e. actions, reducers, middleware and the store. To work with React Native, developers must have a comprehensive knowledge of Redux.

For correct integration of Redux within a React Native environment, you need to focus on the following aspects:

Furthermore, Redux is ill suited for app development of small projects since Redux has a habit of complicating things beyond necessity. Even if you have to make a small change/update/correction/modification, Redux will require you to write many lines of long code. So it’s advised for the react native app development company and its developers to use Redux while working on large scale projects and avoid using it for apps to be built for startups or for apps to be built on a limited budget.

One of the most common mistakes is made when the developers are attempting to save time by using external modules but fail to undergo complete reading of its code. Although, external modules make the React Native development process faster and easier since they come along with complete documentation, forgetting to thoroughly read the code of the module, might cause issues later on.

External modules sometimes possess the tendency to interfere with the existing code and hinder its functionality. External modules could also break down or they might not work as anticipated. Thus, by not paying attention to details, developers can create a big mess down the road which involves more time and effort to clear, hence defying the entire purpose of saving time.

As seen in the image above, that view and state store are connected with each other. The data store contains all of your data in the component and the view will be rendered based on the state. It then consumes new state from the data store and shows it on the screen.

In order for the above to happen, React has a setState() function where the new object State is taken and compared to the previous state.

A new is added after merger with the previous state and further sent to the data store.

When you develop an app using React Native framework, this cycle continues throughout the lifetime of a component.

If the state is mutated directly, the lifecycle gets corrupted and it further corrupts all the previous states. This results in abnormal behavior of the app or even leads to app crashing. It can even result in losing track of states across components. Ultimately, leading to unmanageable code and heavy apps.

Console.Log statements are extremely handy and helps in app debugging and tracking of app execution. But what will happen if you leave the log statements in the app?

It will turn out to be quite a serious issue if you kept inside the logic and render methods. Especially if it’s asynchronous and can cause bottlenecks in the JavaScript thread. It further results in application becoming slower.

Components can be defined in three ways:

Stateless components are the components that don’t extend any class. Basically, it takes the argument as display and props in the DOM. Benefits of Stateless Components are listed below:

But Pure components are known to provide better performance. This is mainly due to two key reasons:

Performs side effects- Developers can send AJAX request inside componentDidmount or can perform some other DOM operations.

Optimization of images in React Native app development is a task that should be taken on priority since image optimization directly influences app’ performance. Non-optimized images tend to take up a lot of memory, space and storage. Hence, image optimization needs to be dealt carefully because if not, memory and storage of the app will be compromised.

Image optimization is not a difficult or overly complicated task. In fact, it can be done in a few simple steps:

Although, image optimization is an easy process most developers tend to skip out of this step because they think it’s unnecessary and find it uninteresting. It’s a very common mistake that if not paid attention to, will cause you to lose your precious memory and storage that will be needed for other important elements.

Learn How To Improve Your Mobile App Performance?

How to avoid mistakes while working with React Native application development?