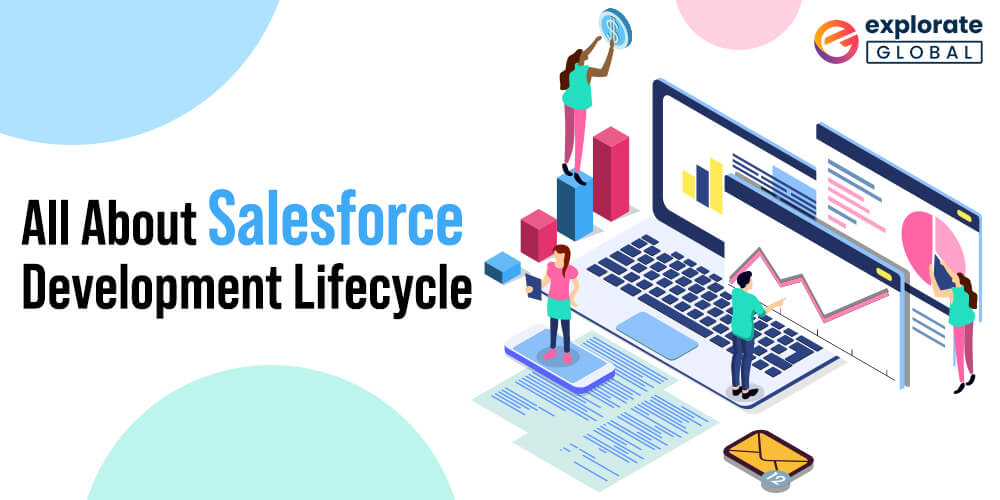 To sustain in this evolving digital era, organizations must indulge in the development of effective and indigenous applications. That can further help in making their business productive while serving their customers in the best possible way. However, software development is not a simple task and when it comes to implementing the different software development approaches it becomes even more complex.

A standard Salesforce Development Lifecycle includes multiple participants. Most of them are specialists in one role and some have proficiency in another. For instance, many project managers also work as release managers and many Developers also have the proficiency as trainers.

Some of the most common participants involved in this development process are:

What Is Salesforce Development Environment?

Most companies use GIT or SVN for source control, but the choice of tools totally depends on the developer. Force.com Migration Tool is the best tool for migrating the code from source control to Salesforce.com. The tool is a JAVA and Ant-based command-line tool that can simply pass on all your metadata from one platform to another. The tool can be automated.

It is the initial and vital phase that contributes to the effective execution of the Salesforce development process. During this phase, the preliminaries for the Salesforce Implementation are done and all the essential information necessary for the implementation is collected, reviewed, and deliberated. Through the discovery phase the following aspects are inspected:

In this step, the source control repository is set up by the release manager. It’s always helpful to have an independent Git repository for each project while the default branch can perform as the master branch where production metadata can be collected.

Once the development phase is done, it is followed by testing. Just like the developers, testers, or QA’s also migrate the code from the repository to their sandbox environment for the testing phase. Testers usually use limited copy sandboxes when they are assigned the task to test the particular feature.

QA’s need to share their sandbox environment if they want to do detailed testing of key features, which mainly depends on the workflow pattern of the business. However, modifications recommended at this stage will take it back to the early development phase.

After the above-mentioned testing is completed, another level of testing i.e. user acceptance testing is performed in which not only testers, but developers, product managers, and other users perform the final testing.

Partial sandboxes are generated by the release managers for testing, which are then used by the product managers for the execution of ad-hoc testing followed by making a final presentation for the clients or the end-users. However, any changes recommended in this stage can take the whole development process to the early development phase to incorporate the changes.

The app that has gone through all the testing procedures is again tested for performance in a transitional sandbox environment, which contains complete data and configurations of the production environment. As this sandbox isn’t partial; it has all the features of the app.

After the final performance and regression testing is done by the testers, the app needs to pass each service level agreement. After that, the app is all set to be deployed in the production environment.

After the deployment of the app, some other requirements such as bug fixes, modification of a feature, or a minute change may arise that need to be taken care of during the patch releases. The patch release has a cycle of its own but has faster procedures as compared to the app development lifecycle.

Salesforce development allows the developers to collaborate with a variety of tools for improved efficiency of the application.

So, if you are looking for robust and effective apps that can help you streamline your business processes and enhance business productivity then it’s significant for you to partner with a renowned Salesforce Salesforce app development partner like Explorate Global.