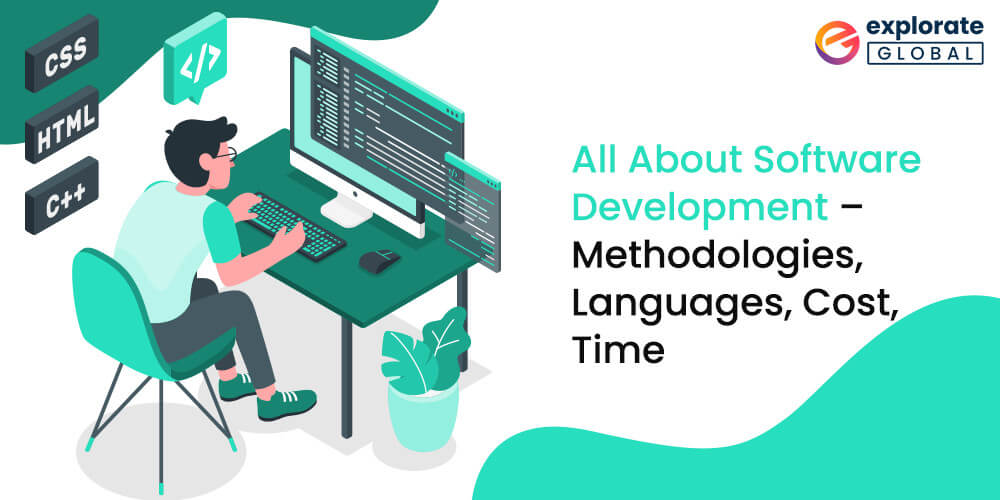 What is a software development firm?

What Are the Different Types of Software Development Methodologies?

Waterfall Model is considered as the most traditional way of developing a software wherein the process of software development is broken into a sequence of pre- defined steps in a linear and progressive fashion, without breaking or changing the sequence.

Prototype Methodology is a specialized form of software development wherein a Prototype i.e. sample of the software, is created and only after validation of the functionality of the prototype and implementation of changes and modifications and relevant updations, an authentic and finalized solution is presented.

Rapid application development as the names suggest is used for developing such a software that requires rapid solution by using prototypes for functionality testing without effecting the end product.

Dynamic system development is derived from rapid application development methodology wherein an iterative and incremental approach is used focusing on the user involvement.

Spiral model is a highly sophisticated software development procedure with risk reduction feature that implements itself in the early stages of the project. It’s similar to incremental model with added emphasis on risk analysis and reduction.

Python is a high level, interpreted and general purpose programing language with enhanced code readability and usage of significant whitespace. Python development uses language constructs and object oriented approach to write programming codes that are clear and logical irrespective of the project size.

Python was designed by Guido Van Rossum in 1991 and can be used on various Operating Systems such as Linus, MacOS, Windows 8 and more.

JavaScript was designed by Brendan Eich in 1995. JavaScript is an event driven, functional and imperative paradigm based programming language.

Ruby on rails development was introduced by Yukihiro Matsumoto in 1995. Its language of implementation is C with cross platform Operating System.

C Sharp or C# is a general purpose, multi paradigm programming language designed and developed by Microsoft in 2000.

LISP is a family of high level programming languages that are second oldest in order, developed in 1958, as a practical mathematical notation for computer programs. LISP has changed over the year and currently available dialects are Racket, Common Lisp, Scheme and Clojure.

LISP is an acronym for List Processor, with a distinctive full parenthesized prefix notation which was used as a favored programming language for Artificial Intelligence.

Perl is a family of two high level, interpreted, general purpose and dynamic programming language which is imperative and object oriented in nature.

Perl was designed and developed by Larry Wall in 1987. The Perl language has 2 versions Perl 5 and Perl 6 or Raku.

MATLAB is multi paradigm in nature with features such as functional, imperative, object oriented, procedural and array.

SQL is a declarative paradigm based programming language designed by Donal D. Chamberlin and Raymond F. Boyce in 1974.

PHP is a general purpose scripting language designed by Rasmus Lerdof in 1995. PHP development is well suited for building web applications. Its paradigm is imperative, functional, object oriented, procedural and reflective in nature.

3. Software development cost depends on the number of developers

Also, if a project is of very high complexity, thus requiring more number of developers, then cost of the project will increase further since highly skilled developers cost significantly higher than other team members involved.

Company location is another factor that can add or subtract from the software development costs substantially. Depending upon the location of the company and the country orientation of the company, the pay of the staff is decided. For example, if the project is outsourced to India then the cost of manpower will be certainly low. We could also say that the cost of paying one developer in USA is somewhat more than the cost of paying a small team of software developers in India.

More than often there are some additional and unexpected costs that impact the final costing of the entire software development project such as subscription costs or cost of buying a licensed software that might aid in software development. The additional cost could be of buying a server or renting a hardware like servers or some infrastructure related costs. Sometimes a system or software might need upgrading or some other maintenance fees might be incurred over time ranging from security upgrades or repairing cost of a feature that has stopped working. Such additional costs sometimes may even generate from the need of updation and maintenance of a code or syntax over time.

How Much Time Does It Take to Build a Software?

To sum it up, a customized software with high level complexity and of sizeable nature might take four to nine months on an average, to complete, in the most extreme case scenario.

How to Hire the Right Software Developers?

One of the most common mistakes founders make while hiring software developers is rushing the process of selection and settling for unskilled developers or misfit candidates or worse. Mediocre or bad developers only slow down your software development process and add to your costs apart from generating unsatisfactory or abysmal results. Hence, take your time, interview your candidates thoroughly, define your exact expectations in software and developer. Only when you find a software developer or software development agency who understands your vision and is compliance to what you want and agrees to your terms and conditions, you should give the go ahead. Don’t settle, be precise and search for the ideal candidate because finding not only someone skilled is important but also someone you can work with.

Invest in a balanced all around software development team with several great team players rather than a one-man army. Even if the team members have only average skills, but sometimes putting together average people in a team is what shows their real value and makes their strengths come to play. Your chances of a big win are solidified when you put together a team of skilled professionals who can work together. If you go for a one-man army or a single star player who is master of all trades, you have a fair chance of getting someone who wants to run the show by himself and might over run your ideas and expectations. Hence, invest in a team of hungry and ambitious players whose skills complement each other and incite each other’s creativity and innovation approach.

3. Choose the young and hungry

Seasoned players might know their craft and have a buck load of experience to add to their credentials but over time the big and old names sometimes become stagnant and conceited since they are so set in their ways that they don’t want to do something different. Their productivity and knowledge and skills might be unmatchable and unbeatable but then the seasoned and experienced software developers are also someone who don’t like to get out of their comfort zones and do something new and risqué. They have their tool belts, approach, software patterns and language preferences already planned in their head. If your requirements are in line with their thinking, you are lucky else you will be roughshod until you are ultimately convinced that your way and vision is wrong and final product is going to be something unrecognizable to you.

To avoid such circumstances, go for the young and hungry who are dying to prove themselves, who will try to give you the software of your dream not because they are getting paid but because it’s a matter of pride and joy for them, a matter of proving their worth and merit to not only the world but themselves as well. Their hunger for success, youth, inexperience, ambition, passion and enthusiasm will only make them innovative, hard- working, adjustable, adaptable, creative and more willing to accommodate your vision.

Importance of technical and technological skills of a hired software developer are very important for the success of the project but also some percentage of concern should be dedicated to finding the developers who do well in fitting in culturally. Employees don’t quit their jobs but rather their work place, is a very true saying. Hence we should aim at making the workplace ambiance and culture so lively and relative that every high should be celebrated together and every low should bring the team closer and form a tight knit unit.

The candidate should be able to form a bond with the organization and identify himself or herself with pride with his or her organization. Let them talk to other team members and find out for themselves if the company is going to be a good cultural fit for them, during employee initialization process. This will also help the new member to forge bonds with other team members whilst showing the true image of the company.

Most software developers are creative people who don’t need an office atmosphere stifling them but rather a work place which gives them the power to be innovative and creative in order to bring about effective and efficient results. In order for the developers to realize your ideas, they need to come up with innovative solutions and that can only happen if you let them do their job without breathing down their necks. Set their boundaries by giving them deadlines but don’t suffocate them so much that they reach dead ends rather than deadlines.

This will only result in higher motivation, gratitude and productivity.

What are innovative developments?

Innovative development could possibly be defined as a development that takes places when all decisions, activities and their impacts and results that occur from the core of problem recognition or need recognition are done via the process of innovation through diffusion and ultimately, the adoption of innovation by users.

There are four major types of innovative developments such as:

Architectural Innovation wherein an existing technology is introduced in a new market. The skills, lessons and overall technology of one market scenario are taken and applied in a different market scenario. The risk is low due to usage of already tried and tested technology and most of the times the results are amazing in getting the customer reception and attention. For Example, Winchester disk drives, desktop photocopiers, multi core processor etc.

What Questions to Ask the Software Development Company Before Signing the Contract?